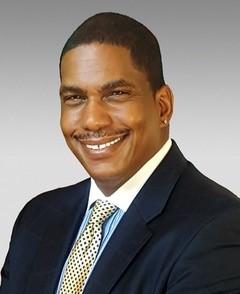 New York native with nearly 25 years of public media experience, most recently as COO & GM of New England Public Media, is the sixth individual to lead WMHT in its 70-year history

Albany, NY – WMHT Public Media, a multichannel public communications organization serving Eastern New York and Western New England, today announced the appointment of Anthony V. Hayes as its next President and Chief Executive Officer. A nationally recognized figure in public media who has provided strategic vision, inspirational leadership, and innovative excellence for nearly 25 years in the industry, Hayes will become the sixth individual, and first African-American, to lead WMHT since its founding in 1953. He was selected following a national search conducted by Livingston Associates, a leading search firm in public media.

A native of Queens, NY, Hayes served most recently as Chief Operating Officer and General Manager of New England Public Media (NEPM), based in Springfield, MA. He was instrumental in the merger of public television station WGBY-TV, which he led as General Manager, with New England Public Radio to create NEPM, an integrated organization delivering a broad array of locally produced programs and educational resources across TV, radio, online, and mobile.

Prior to that, he held roles as Senior Vice President for Engagement at Connecticut Public Broadcasting in Hartford, CT; Director of Corporate Marketing and Sponsorship Sales at WAMU, American University Radio in Washington, DC; and Manager of Corporate Marketing and Sponsorship Sales at public TV and radio stations WETA in Arlington, VA. Hayes is currently an elected member of the Board of Trustees of America’s Public Television Stations (APTS), a national nonprofit membership organization ensuring a strong and financially sound public television system, and a member of The Association of Black Business & Professionals.

“Anthony is the right person at the right time to lead WMHT Public Media into an exciting future,” said Shelby Schneider, Chair of the WMHT Board of Trustees. “We are exceptionally fortunate to welcome a respected public media executive with an impeccable reputation: a proven leader, recognized visionary, prolific fundraiser, and community advocate committed to local programming. He is a superb choice who will raise WMHT’s profile as an essential public service provider dedicated to uplifting the lives of the people and communities we are entrusted to serve.”

A firm believer in the power and purpose of public media to educate, inform, enlighten and enrich society, Hayes is eager to understand how WMHT Public Media can best serve the needs of people and communities throughout its coverage area, which runs north to the Adirondack region, east to the Berkshires, south to Westchester County, and west to the Schoharie Valley. He intends to gather firsthand input by engaging with regional stakeholders, and by conducting a listening tour to hear directly from viewers, listeners, members, donors, and residents. Informed by community feedback and guided by WMHT’s Strategic Plan, Hayes is committed to expanding the development and production of local content across all of its platforms, from public television and radio to digital media and educational services.

Additionally, he is passionate about supporting and advancing regional initiatives to empower diversity, equity and inclusion by delivering programs and services that expand thinking and challenge assumptions – both of which are fundamental to WMHT’s mission – and address the needs of underserved audiences, especially children and people of color.

Hayes begins his new role on January 23, replacing Robert Altman, who is retiring after 15 years as President and CEO of WMHT.

“I have long admired the impressive legacy that Robert, the exceptional staff, and forward-thinking board of trustees have built at WMHT Public Media, and I’m honored to lead its next generation from a position of organizational and fiscal strength,” said Hayes. “I look forward to learning from our valued members, donors, partners, viewers, listeners, and communities, and to delivering timely and relevant content, innovating on current and new platforms, expanding our reach and impact, and increasing and diversifying our revenue streams. I am also eager to nurture my passion for active and purposeful community involvement through service to our region’s worthy and invaluable nonprofit organizations.”

“Amid the reset the pandemic has driven across every facet of society, there could not be a more perfect time for this transition, nor a more perfect person to take the reins of WMHT than Anthony,” said Altman. “I have great respect for, and confidence in, his talent, expertise, character, and integrity, and I know the community will embrace him with openness and enthusiasm.”

Hayes earned a Bachelor of Fine Arts in Communication & Media Arts at New York Institute of Technology, and a Master of Arts in Media Entrepreneurship at American University in Washington, DC. His commitment to community involvement, most recently, included serving in board of trustee positions with Springfield Museums, the Urban League of Springfield, and Springfield Central Cultural District. He is married and the father of three adult sons.

View Member News
Recent News
First New York FCU and Burnt Hills-Ballston Lake High School Open New In-School Branch with Ribbon Cutting
January 27, 2023 (Albany, NY): First New York Federal Credit Union and Burnt Hills-Ballston Lake High School announce the opening of a new in-school branch, the Spartan Branch. The new branch will be staffed by student volunteers, who will gain valuable experience by providing basic banking services to their fellow students and staff from the…
DeCrescente Awards $11,000 in Scholarships
Our employee-funded DeCrescente Scholarship Fund has awarded $11,000 in scholarships to 22 children of DDC employees for the spring 2023 semester. Established in 1995, the scholarship fund has given more than $490,000 in financial assistance to DDC employees and their children since its inception almost 30 years ago. “We are so proud of everything…
Newest Russell Sage College Nursing Grads Excited to Start Careers
December Nursing Grads Receive Multiple Job Offers Hayley Fenton received three job offers in her final semester of the Nursing bachelor’s degree program at Russell Sage College; Janella Benn and Praescilla Daquin both received two job offers.  High nationwide demand for registered nurses with a bachelor’s degree and Sage’s excellent reputation…
Read All News
Upcoming Events
Networking Lunch
The Networking Lunch is a structured event, offered exclusively to Chamber members, providing a platform to expand your client base.  Registrations are…
Lunch and Networking
Member Benefits Breakfast
Explore how to maximize business opportunities and benefits, as a Chamber member.  If you'd like to attend this event, please email Alicia Osur at [email protected]…
Breakfast & Discussion
Coffee and Conversation with President Schmidt
An exciting and informative conversation with Dr. Martin A. Schmidt, 19th President of RPI.   An armchair conversation led by E. Stewart Jones Jr., Esq.…
Breakfast & Conversation
View All Events