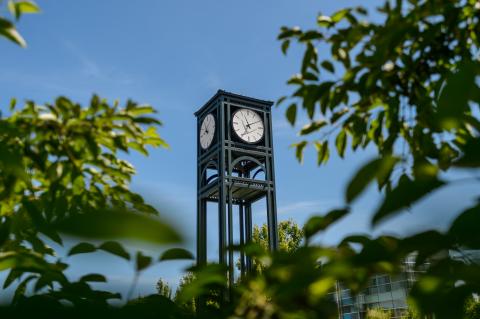 Five members of the academic and administrative staff recently were promoted at Hudson Valley Community College.

Kathleen Petley, who has served in numerous, progressively responsible roles for over 30 years at the college, was named vice president for institutional effectiveness and technology. In this role, Petley will serve as a member of the college’s executive team and be tasked with overseeing departments related to online and distance learning, strategic planning and research, institutional effectiveness and information technology.

She previously served as executive director for institutional effectiveness and technology and was also the college’s registrar for many years. She received the SUNY Chancellor’s Award for Excellence in Professional Service in 2006.

Dr. Jonathan Ashdown, the college’s dean for the School of Science, Technology, Engineering and Math (STEM), was named the executive dean of HVCC North. In his new role, Ashdown will serve as academic dean at the college’s Malta extension center, known as HVCC North, where he will develop new initiatives to foster the growth of that site.

A Hudson Valley alumnus, Ashdown was a faculty member in the Electrical Engineering Technology program before being appointed dean of the School of STEM in 2019.

Dr. Héctor M. Rodríguez, who served as associate dean for the School of STEM, was promoted to fill Ashdown’s role as STEM dean. Rodríguez came to the college from GE Research in 2022 with more than 25 years of combined industrial engineering and academic experience; having previously served in academic and administrative roles at the Universidad del Turabo, in Gurabo, Puerto Rico, and at the Polytechnic University of Puerto Rico.

He will oversee academic program development and personnel in the four departments which are housed in the School of STEM.

Wilson will continue to support the Office of the Vice President for Academic Affairs and will continue to oversee the Marvin Library, the college Learning Centers and the new Honors College.

Dr. Tyler Kessel, who has been a faculty member and, as of 2020, the chair of the college’s Department of English, Foreign Languages and English as a Second Language, was promoted to dean of the School of Business and Liberal Arts.

As department chair, Kessel supervised more than 60 faculty and staff members and will now oversee program development and personnel for the four academic departments housed in the School of Business and Liberal Arts.

All five promotions were announced at the August meeting of the college’s Board of Trustees and were effective Sept. 1, 2022.