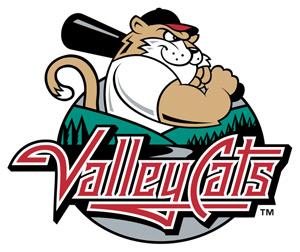 The Houston Astros have announced their minor league coaching staffs for the 2018 season, and have assigned Jason Bell to serve as the ValleyCats manager, Erick Abreu as pitching coach, and Jeremy Barnes as hitting coach, who returns for his second season.

Jason Bell becomes the ninth manager in ValleyCats history, taking over for Morgan Ensberg who will now manage the Class A Advanced Buies Creek Astros.

This will be Bell’s first year as a manager, and second season with the Astros organization. He spent 2017 as the Development Coach for the Class A Quad Cities River Bandits.

Bell joined the Astros from the University of Maryland Eastern Shore, where he served as the pitching coach for the Division I program during the 2016 season. Prior to his time at Maryland, Bell was the Director of Baseball Operations at Ohio University, where he helped the baseball program to the second-best season in school history.

A native of St. Louis, Mo., Bell played collegiately at Saint Louis University (2010-11) and the University of Central Missouri (2012-14). He was named to the Atlantic-10 All-Tournament team as a freshman at St. Louis, pitching in Game 2 of the NCAA Division I Tournament that year in the Louisville Regional.

Erick Abreu joins the ‘Cats staff as pitching coach after serving in the same role last season for the Rookie League Greeneville Astros. Abreu enters his fifth season working in player development for the Astros, following a 12-year playing career which included five seasons pitching in the Astros minor league system (2008-2012), and six years with the Yankees (2002-2007).

Jeremy Barnes is the lone returner to the ‘Cats coaching staff, continuing his duties as hitting coach. Prior to last season, Barnes spent four years in Canberra, Australia where he was in charge of the overall development of amateur baseball and coaching development in the Australian Capital Territory for the Canberra Cavalry.

View Member News
Recent News
Siena College Stack Center Honors 2021 Maddalone Wall of Success Honorees
Siena College's Stack Center for Innovation and Entrepreneurship will be holding the 2021 Maddalone Wall of Success Induction Ceremony on campus on Tuesday, October 26th at 6pm.  The Maddalone Wall of Success recognizes Siena alumni who have founded successful businesses to highlight their stories and inspire the next generation of Siena…
Russell Sage College Students Lend a Helping Hand During Annual Sage Engaged Day of Service
TROY, N.Y. — Russell Sage College students will give back to the community on Sept. 29 as part of its Sage Engaged school-wide day of service.   The annual event is a chance for students to get to know the local community and to learn about volunteer opportunities.   Small groups of students from Sage’s Troy and Albany campuses will visit Diane’s…
Bouchey & Clarke Hosts Annual Employee Benefits Event 10/5
Bouchey & Clarke Benefits, Inc. invites you to attend our free annual seminar virtually, where our key speakers will be covering some of the most important topics facing employers regarding their employee benefit programs and human resource trends. Topics to include: NYS HERO Act, strategies to deal with workforce shortages, and others. When:…
Read All News
Upcoming Events
Capital District In Motion
Transportation — by planes, trains, buses and ships — is a necessary component of a thriving economy. Learn how new transportation infrastructure,…
Details: Check-in and Breakfast at 7:30 a.m.; Panel Discussion from 8 - 9:30 a.m.
POSTPONED - Van Rensselaer Awards Dinner
In consideration of the health and safety of our honorees, membership and the community, we have postponed the Van Rensselaer Awards Dinner due to the…
This event has been postponed.
NetworkingPlus Luncheon October 14
NetworkingPlus is an event designed to expand your connections, generate new leads, and promote your business. Networking will begin with lunch. You will…
Details: Check-in and Lunch between 11:30 a.m. - 12:00 p.m.; Networking Program from 12:00 p.m. - 1:00 p.m.
View All Events