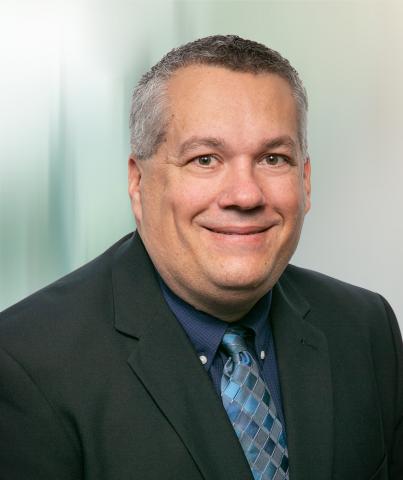 UHY LLP (“UHY”), today announced that Brian Kearns, CPA has been promoted to Partner. Based in the firm’s Albany, New York office, and serving Upstate New York, Kearns is a leader of UHY’s National Not-for-Profit and Government Practices. He manages significant audit engagements in both spaces. He is also well-versed in performing Single Audits under the Uniform Guidance.

“Brian joined UHY in 2004 and for more than 17 years he has delivered ‘The Next Level of Service’ to our clients. His promotion to partner is a natural next step and a testament to his dedication and the expertise he brings to the firm,” said Howard S. Foote, Office Managing Partner – Capital Region, UHY LLP. “We look forward to the continued leadership and knowledge he will bring to UHY’s Not-for-Profit and Government Practices.”

Kearns has significant experience providing audit and assurance services primarily to organizations in the for-profit, nonprofit, and government sectors. He conducts financial statement audits, reviews, and compilations, as well as advisory services including implementation of new accounting standards, analysis of internal controls and other best practices. Kearns is a frequent contributor to UHY’s Annual Not-for-Profit Update addressing not-for-profit issues including FASB Accounting Standards Updates and industry trends.
Kearns is a licensed CPA in the State of New York and holds a B.S. in Accounting from the State University of New York at Albany.

About UHY LLP
UHY LLP, a licensed CPA firm, provides audit and other attest services to publicly traded, privately owned and nonprofit organizations in a number of industry sectors.

UHY Advisors provides tax and advisory services to our entrepreneurial clientele and other organizations, principally those enterprises in the dynamic middle market.

UHY LLP, operating in an alternative practice structure with UHY Advisors, forms one of the largest professional services firms in the US.

All of the above entities are members of UHY International (“UHYI”), a worldwide network of independent professional services firms that provide audit, tax and advisory services around the globe. UHY is ranked among the top international accountancy networks and a proud member in good standing of the Forum of Firms. Collectively, our US operating entities (UHY LLP and UHY Advisors) are the largest independent members of UHYI with significant participation, bringing the power of our international network to serve the individualized needs of our clients.

View Member News
Recent News
Hudson Valley Community College to Celebrate Homecoming Weekend Sept. 22-25
Hudson Valley Community College will hold its annual Homecoming weekend festivities this weekend, starting with a dedication of the college Foundation’s new Alumni House on Thursday, Sept. 22 and continuing with a full slate of events throughout the weekend. Most events are open to the public; please note where RSVPs are required. THURSDAY, SEPT.…
Academy of Holy Names Annual Traveling Art Show Hits the Streets
Opportunities for Local Businesses to Showcase Student Art View Photos Here (Albany) – September 26, 2022. Dr. Martin Kilbridge, President of Academy of The Holy Names, announced today the successful launch of its annual Traveling Art Show. Under the direction of Art Teacher, Dana Sela, and Director of Enrollment Management, Wendy Diefendorf, the…
HVCC Signs Agreement with Regeneron to Strengthen Biotechnology Workforce
Hudson Valley Community College has signed an agreement that solidifies a long-term working partnership with Regeneron, a leading global biotechnology company with headquarters and manufacturing operations in New York State. For over a decade, the college’s Biology, Chemistry and Physics Department has worked closely with Regeneron, which has…
Read All News
Upcoming Events
Ribbon Cutting for Choice Physical Therapy - Wynantskill
You are invited to attend the Ribbon Cutting for Choice Physical Therapy – Wynantskill!   What:                   Ribbon Cutting for Choice Physical…
Ribbon Cutting
Van Rensselaer Awards Dinner
A Celebration of Excellence in Our Community For more than 30 years, the Chamber has recognized businesses that invest in the economic, cultural and…
Reception, Awards, Dinner
Ribbon Cutting for Community Resource FCU
You’re invited to attend the Ribbon Cutting for Community Resource Federal Credit Union!   What:                   Ribbon Cutting for Community Resource…
Ribbon Cutting
View All Events