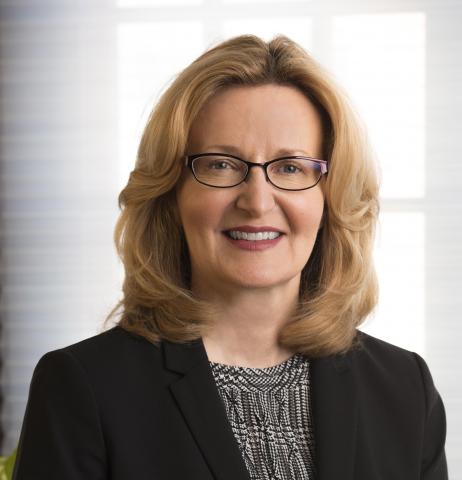 On April 30, The College of Saint Rose announced that Saint Rose President Carolyn J. Stefanco has been awarded a Helen Gurley Brown Genius Grant, and Saint Rose will receive funding of more than $1 million as part of an invitation to join the BOLD Women’s Leadership Network, a national effort to empower female college students to develop projects that will transform their campuses.

To honor President Stefanco’s leadership of the College, the Pussycat Foundation, a nonprofit group founded by legendary journalist Helen Gurley Brown, has provided a $100,000 grant to the President’s Fund at the College. The BOLD grant of $1 million will fund a program to benefit women student leaders at Saint Rose over the next few years. Saint Rose will be one of seven colleges and universities throughout the United States to participate in BOLD.

In the past two years, the foundation has identified 80 BOLD scholars, a diverse group of female students who are working on developing projects to transform their campuses. The initiative envisions collaboration across institutions of higher education to address issues on their campuses, particularly those related to leadership development. The BOLD Women's Leadership Network currently operates at five colleges and universities: Ithaca College; Middlebury College; Smith College; California State University, Fullerton; and Rutgers University – Newark. With this announcement, two institutions were added to the network: The College of Saint Rose and the University of Connecticut. Each partner institution is led by a woman president, who has demonstrated commitment to diversity and inclusion throughout her career.

The letter announcing the Genius Grant noted President Stefanco’s “visionary leadership” and clear focus on efforts to ensure student success: “Your passion and tireless efforts to raise awareness around the struggles college students face, especially first-generation students, is inspiring and transformative. We are equally impressed with your dedication to ensuring that Saint Rose keeps up to date with our increasingly global and interconnected world, which has already resulted in several partnerships with institutions abroad and the creation of a new Center for International Programs. Your professional career has taken you across the country, and we firmly believe that you understand the unique challenges faced by different segments of our country when it comes to accessing higher education.”