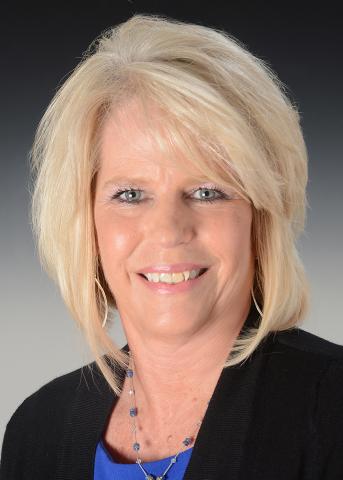 Saratoga National Bank and Trust Company is pleased to announce that Karen Mason has been named Regional Manager.

In her new role, Ms. Mason will oversee branch operations and sales at all 10 Saratoga National Bank offices, with an 11th opening soon in Rotterdam.

She joined Saratoga National in 2015 and has more than 30 years of banking experience. She was most recently Vice President, Troy Branch Manager, where she led deposit growth and developed key business relationships.

Originally from Troy, she lives in Averill Park with her family.

Saratoga National Bank provides banking, wealth management and insurance through 10 locations across the Capital Region. This year, it will open an 11th location in Rotterdam. Saratoga National Bank, part of the Arrow family of companies, is rated a 5-Star Superior institution by BauerFinancial. Visit saratoganational.com to learn more.

View Member News
Recent News
Alexis Diner Wins Best Diner for the 5th Year in a Row and Donates Food to Troy United Ministries
On June 7, Alexis Diner made significant Food Donation to Troy United Ministries as a “thank you” to their loyal customers who have voted them the “Best Diner” in the Times Union Readers Poll “Best of the Capital Region 2021” for the 5th year in a row. County Executive Steve McLaughlin and County Clerk Frank Merola were in attendance at the drop-…
GTM Payroll to Celebrate 30 Years in Business with $30K in Contributions to Community Organizations
CLIFTON PARK, NY – June 9, 2021 – In recognition of 30 years in business and serving the Capital Region, GTM Payroll Services will be contributing $30,000 to community organizations. The groups receiving donations are non-profit clients of the firm that collectively provide a variety of social services for families, children, seniors, and many…
Unity House CEO Chris Burke announces plans to retire
Troy, N.Y. – Longtime Unity House Chief Executive Officer Chris Burke has announced that he will retire from the role in mid-2022. Only the second CEO in the organization’s 50-year history, he has led the organization for more than 30 years. “Unity House is in a very strong position today, with a dynamic and extremely talented leadership team in…
Read All News
Upcoming Events
Ribbon Cutting for The Iron Works
The Chamber will help The Iron Works celebrate its grand opening with a ribbon cutting ceremony. The Iron Works is a family-friendly casual restaurant…
11 a.m. Ribbon Cutting
File Sharing & Collaboration
In partnership with MicroKnowledge, this webinar will examine how to use Microsoft Office to Share files and increase collaboration. Participants should…
12 p.m. - 1 p.m.
College Presidents Panel: What Does The Future Hold for Higher Ed?
Hear directly from local college and university presidents as they discuss their vision for a post-pandemic future in higher education.  As major…
11:30 a.m. - 12:00 p.m. Check-in & Lunch; 12:00 p.m. - 1:00 p.m. Panel Discussion
View All Events