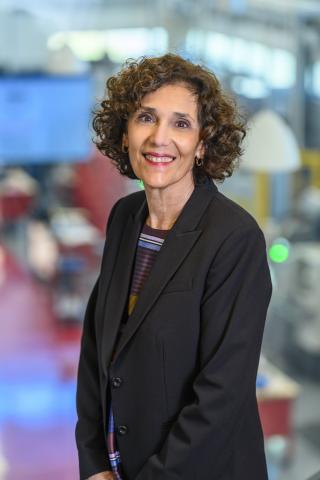 Regina LaGatta has been promoted to the position of Vice President for External Affairs and Government Relations at Hudson Valley Community College. In this role, she will lead strategic initiatives to broaden the college’s impact both locally and globally.

Regina is part of the college’s Executive Team; guides the development of new partnerships and fosters positive relations with local, state and federal government officials and SUNY; acts as the Executive Director of the Foundation; oversees the Office of Institutional Advancement; and manages international affairs for the college. She will now also oversee the Office of Communications and Marketing.

Regina began her career in advancement more than 40 years ago at the Center for Disability Services in Albany. She joined the staff at Hudson Valley in 1990 and served in several administrative and leadership positions at the college until 1999, before taking on leadership roles at the Capital District YMCA, SUNY Cobleskill and SUNY Delhi. In 2014, she returned to Hudson Valley as the Executive Director of the college’s Foundation, and became the college’s Executive Director of External Affairs and Government Relations in 2019. Since then, she has worked on local, state and federal government relations, as well as corporate partnerships, global initiatives, and the advancement of the Foundation.

In addition to an associate degree from Hudson Valley Community College, Regina also holds a bachelor’s degree in Health from the State University of New York at Brockport and a master’s degree in Education with teaching certification in Special Education from The College of St. Rose. She is also a graduate of the Women’s Administrators in Higher Education Leadership Program at the University of Arizona at Tempe and the Regional Chamber of Commerce Capital Leadership Program.

Regina has received several awards throughout her career, and is a member of multiple community organizations, including the Rensselaer County Regional Chamber of Commerce, the Greater Capital Region United Way’s Women United Leadership Committee, the Academy of the Holy Names Board of Trustees, and the Freddie Institute.