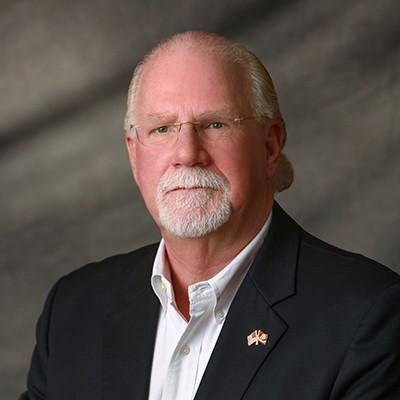 Following a 20-year career with Pursuit, a leading provider of alternative business financing, President and Chief Executive Officer Pat MacKrell has announced his retirement effective December 31, 2021. Pursuit is pleased to announce a succession plan that draws from the organization’s experienced leadership.

Pat will continue to serve as chief executive officer until his retirement. Tom McHale, senior vice president and a 23-year veteran of Pursuit, will assume the role of president effective January 1, 2021. Tom will succeed Pat as chief executive officer effective January 1, 2022. Other key leaders will join Tom in roles critical to the succession plan:

Commenting on Pat’s retirement and Pursuit’s succession plan, Herbert G. Chorbajian, chairman of the board of Pursuit CDC and Daryl R. Forsythe, chairman of the board of Pursuit BDC, jointly said: “Pat has been a steadfast proponent of access to capital for businesses throughout his career, and we thank him for his tireless service. Under Pat’s leadership, Pursuit has helped thousands of businesses grow, create generational wealth, and contribute to local job creation. We have the utmost confidence that Pursuit’s new leadership has the experience and dedication required to carry forth this vision and commitment to mission.”

Commenting on the president and management team’s appointments, outgoing chief executive officer Pat MacKrell said: “It has been a tremendous honor to serve as president and chief executive officer of Pursuit alongside our hardworking team. I am thrilled to be working with this leadership group over the next year to ensure a successful transition and to position Pursuit to continue to respond to the needs of business owners for years to come. Tom will be an exceptional ‘leader of leaders’ and this group will accomplish much on behalf of business owners in the communities we serve.”

Reflecting on his appointment, Tom McHale said: “I’m honored to be leading the Pursuit team. Jim, Bryan, Jim, and Chris—as well as our entire staff—bring decades of experience and immeasurable commitment to their work. Together, we will be focused on continuing to advance our long-standing mission while continuing to innovate to ensure business owners’ financing needs are met.

View Member News
Recent News
Pioneer Celebrates Giving Tuesday With Donations to Six Capital Region Nonprofit Organizations
Furthering its mission of ‘Helping Kids be Kids,’ Pioneer’s Charitable Foundation has now invested more than $1.2M in nearly 400 local agencies that enhance the health and welfare of children Albany, NY – Pioneer, a leading financial institution in New York’s Capital Region, today marked the national celebration of Giving Tuesday by making $2,500…
Berkshire Bank's Experts Share Information to Stay Cyber Safe and Avoid Holiday Scams
With Cyber Monday and the holiday shopping season around the corner, it’s even more important to look for red flags and stay cyber safe when shopping online. The planned spend on gifts and other holiday items is expected to be $832 per person this year, according to National Retail Federation. Berkshire Bank Chief Information Officer Ryan Melle…
Berkshire Bank Rings Opening Bell at NYSE
CEO Nitin Mhatre stated, “We’re proud to celebrate the anniversary of our NYSE listing and our long history of purpose-driven, values guided community banking. We believe that where you bank matters, and we’re building a better approach to banking while delivering steadily improving results to our communities and our shareholders. In 2022, our…
Read All News
Upcoming Events
Holiday Networking Lunch
As a benefit of your Chamber membership, you are invited to attend the Annual Holiday Networking Luncheon.  This provides a great opportunity to close out…
Lunch and Networking
State of the County Lunch
Rensselaer County Executive Steven McLaughlin will discuss new initiatives and economic development in 2023.  There will be a Q & A session following…
Lunch and Discussion
View All Events