Excelsior College Welcomes Chair, Alumni Representative to Board of Trustees 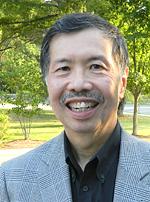 Excelsior College named new board chair Don Dea, co-founder of Fusion Productions, to a two-year term beginning January 2021. Dea previously served as treasurer for the board of trustees. Dea is a recognized authority on the internet, association, and non-profit organizations, online education, mobile, and technology deployment.

“As the largest, fully online higher education institution in New York state, Excelsior is fortunate to benefit from Don Dea’s depth of technology knowledge,” said David Schejbal, president of Excelsior College. “We are proud to welcome Don Dea to the position of chair of the board of trustees.”

Dea has served as a trustee since 2012. “Being the son of an immigrant family, the value of education and hard work was part of my household vocabulary. My understanding and appreciation of Excelsior’s mission and students have been forged in my relationships with the Excelsior community,” said Don Dea, chair of Excelsior’s board of trustees. “From my previous years of experience as a trustee, it is clear that we must continue to advance Excelsior’s mission to help adults and those who are underserved attain their degree and sustain their career and life goals by leading with innovation and differentiation in academic quality and student success in serving our military, nursing, healthcare, and business ecosystem.”

Dea succeeds former chair Helen Benjamin, whose term ended December 31, 2021. She will continue to serve as a trustee.

Excelsior alumnus Mark Bowman, NASA Soyuz Spacecraft Systems and Crew Operations lead, is the new chair of the Alumni Leadership Council and ex-officio trustee to the board. Bowman received his bachelor’s degree from Excelsior and has been an active alumnus. In 2014, he received the Alumni Achievement Award.

“I chose Excelsior, then Regents College, for my degree because I had returned from an overseas assignment with over 125 hours of accumulated credits from three different schools and no clear path to complete my degree. I was discouraged and ready to give up until I found Excelsior with its generous credit aggregation,” said Mark Bowman, chair of Excelsior’s Alumni Leadership Council. “Excelsior provided the distance learning solution that I needed. I was happy and most important, my employer was happy that, at last, I had my college degree! This eventually led to my career with NASA.”

In his impressive career at NASA, Bowman has spent more than six hours weightless in nearly 20 flights aboard NASA’s zero-G research aircraft and has served as an attaché at the U.S. Embassy in Russia. He currently serves as the NASA Flight Operations lead for the Power and Propulsion Element (PPE) of Gateway, an outpost that will orbit the Moon to facilitate human exploration of the surface.