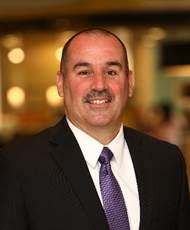 Most recently, Chris served as Executive Vice President for the organization. Prior to that, he was Chief Lending Officer of its mortgage subsidiary, Homeowners Advantage.

“The future looks bright and under Chris’ leadership, we will continue to make service to members and outreach to the community hallmarks of our credit union. We are grateful to Paula for devoting her 39-year career to serving others, while overseeing a period of tremendous growth at CAP COM,” said Board Chairman, Ed Gilligan. “We know Chris will lead us forward by reinforcing the importance of superior service. Helping members flourish with a blend of human interaction and technology will continue to be top priorities.”

Chris McKenna grew up in Peekskill, NY and attended the University at Albany. After graduating, he worked in New York City then returned to the Capital Region to continue his career. Since 1990, Chris has been active in financial services. Prior to coming to CAP COM, he was 50% owner in a mortgage company that served credit union members across New York and Florida.

In January of 2018, Chris was promoted to Executive Vice President. Under Chris’s leadership in that role, CAP COM implemented its largest technology transformation in 20 years. The credit union’s core system was rebuilt to improve efficiency and position CAP COM to provide new services in the future. This major, year-long undertaking involved virtually every department, and is one of the credit union’s notable successes.