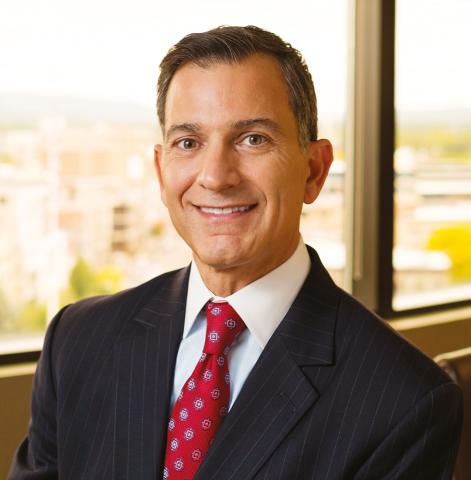 Schenectady, N.Y., June 12, 2019 — MVP Health Care today announced that Christopher Del Vecchio has been named the next Chief Executive Officer of the company. The announcement comes after the resignation of current MVP CEO, Denise Gonick. Del Vecchio will assume his new role on September 1, 2019.

Del Vecchio began working for MVP Health Care in 2014 as Executive Vice President of Strategy and Innovation. In that role he was responsible for guiding strategic planning as well as business and corporate development. In 2016, he was promoted to Chief Operating Officer (COO) where he continued driving MVP’s strategic goals while also focusing on identifying emerging trends and developing new initiatives for the company. Del Vecchio helped to secure MVP’s strong financial stability and performance, including expansions of MVP’s commercial and public programs portfolio in New York and Vermont.

In June 2018, Del Vecchio was again recognized for his contributions to the organization by being promoted to President and COO.

“It is an honor to be named the next CEO of MVP Health Care,” said Del Vecchio. “Over the past five years it’s been both professionally rewarding and inspiring to help set direction for a company with deep roots in the region and a great commitment to providing access to quality health care.”

“I’m confident that Chris is our best candidate to take the reins and lead MVP’s continuing efforts to make health insurance a more rewarding and personal experience for our members,” said Alan Goldberg, Chair of MVP’s board of directors. “Chris has brought deep industry expertise and an exceptional track record of entrepreneurial leadership to MVP.”

Regarded as an innovator and strategist, Del Vecchio had a successful career as an entrepreneur and consultant in health care and technology prior to joining MVP. He holds a B.S. in Pharmacy from Albany College of Pharmacy and an M.B.A. from Union College with a specialization in Health Systems. Drawing on his prior professional background as a CEO for both pharmacy benefit management and health technology companies has given Del Vecchio a unique advantage in the constantly evolving health care industry. In his time at MVP, Del Vecchio has been instrumental in focusing the organization on creating a balanced, high-performing portfolio of insurance products while also driving MVP to pursue technology initiatives focused on the future.

“Chris has been instrumental in transforming MVP into an agile business in a rapidly changing health care environment. MVP will be in good hands with Chris at the helm. He has proven to be an accomplished, skilled and experienced leader. Chris believes that everyone deserves a better health insurance experience, regardless of age, income, or health status, and he’s focused the company on making every encounter with MVP a more convenient, supportive, and personal experience for its members,” said Goldberg.

MVP Health Care is a nationally recognized, not-for-profit health insurer caring for more than 700,000 members in New York and Vermont. Committed to the complete well-being of our members and the communities we serve, MVP makes health insurance more convenient, more supportive, and more personal. For more information, visit www.mvphealthcare.com, or on Facebook, Twitter, Instagram, and LinkedIn.